At Lambeth 2022, many Anglican bishops could not ‘walk together’ to the altar — GetReligion 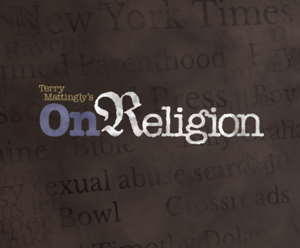 While Canterbury is urging Anglicans to keep “walking together,” the 2022 Lambeth Conference demonstrated that many of the Anglican Communion’s bishops can no longer even receive the Eucharist together.

Doctrinal conflicts over biblical authority and sexuality have raged for decades, with growing churches in the Global South clashing with the shrinking, but wealthy, churches in England, America and other Western regions. During this 12-day conference, which ended Sunday (August 8), conservatives from Africa, Asia and elsewhere declined to receive Holy Communion with openly gay and lesbian bishops. Several provinces — including the massive Church of Nigeria — boycotted Lambeth 2022 altogether.

“For the large majority of the Anglican Communion the traditional understanding of marriage is something that is understood, accepted, and without question, not only by bishops but their entire church,” said Archbishop of Canterbury Justin Welby, in a mid-conference address. “To question this teaching is unthinkable, and in many countries would make the church a victim of derision, contempt and even attack.”

Bishops in the Anglican minority, he added, “have not arrived lightly at their ideas. … They are not careless about Scripture. They do not reject Christ. But they have come to a different view on sexuality after long prayer, deep study and reflection on understandings of human nature. For them, to question this different teaching is unthinkable.”

Throughout Lambeth 2022, the Global South Fellowship of Anglican Churches — representing about 75% of Anglican church attendance — pushed to reaffirm a 1998 Lambeth resolution that “homosexual practice” is “incompatible with Scripture,” while also urging Anglicans to “oppose homophobia.” It stressed centuries of doctrine that “sexuality is intended by God to find its rightful and full expression between a man and a woman in the covenant of marriage, established by God in creation, and affirmed by our Lord Jesus Christ.” That earlier resolution passed with 526 votes in favor, 70 opposed and 45 abstentions.

Writing to Lambeth participants, Welby said the “validity” of that resolution “is not in doubt” and that the “whole resolution is still in existence.”

However, the archbishop did not allow a vote on the issue and he said he would not, as requested by Anglican primates in the past, discipline the unorthodox. Welby’s team consistently tried to focus attention on “restorative justice,” Christian unity and global warming — such as a photo-op with bishops planting a tree at Lambeth Palace.